The benefits of synergies

Custom components design
Using unique-on-the-market proprietary tools, for design and simulation, design time is reduced to the minimum and the approval rate of the first sampling defined by design is around 99%.

The lack of an early definition of the necessary safety requirements for a transformer is a frequent cause of non-compliance during the certification of power supplies.
This often requires the revision of the transformer and sometimes of the project too, introducing significant costs and delays.
Indeed, increased distances on a transformer usually cause the worsening of some parameters and/or the need for a larger transformer.
It should be noted that entries such as “designed to comply EN61558” (or similar), sometimes found on transformers datasheets, are only valuable to a certain extent.
The safety requirements, in fact, do not only depend on V(input) and V(output), but also on specific RMS and repetitive peak voltages that arise across the windings and across the interposed insulation.
They also depend on other elements such as the insulation materials, characteristics, switching frequency and power.
We have therefore built a software tool for the early definition of Creepage, Clearance, DTI and Dielectric strength according to EN61558-1, EN61558-2-1, EN61558-2-4, EN61558-2-6, EN61558-2-16 (transformers) and EN61347-1, EN61347-2-13 (lighting).
The EN61558 standards are referred to in many other standards of electronic equipment, so the validity also extends to these standards.
The third edition of the EN61558, which is approved but not yet published to date, introduces further distinction by adding the overvoltage category (OVC-I…IV).
Our analysis tool already refers to the new edition, which greatly extends the time validity.
The efficiency of this tool, along with our participation to the work of the Technical Committee CEI CT96 (EN61558 standards), allows us to provide a support that is highly appreciated by our customers and not easily found elsewhere.

EMC pre-compliance
The EMI issues that most often lead to the revision of the filters and the layout of an SMPS are the non-compliances about conducted disturbances through power cables and about the input current harmonic distortion (THD).
We have an internal laboratory where our customers can carry out a preliminary analysis keeping times and costs down, which are often significant for this kind of survey.
Our pre-compliance test service may include the analysis and possible reporting in relation to:
– Conducted disturbances 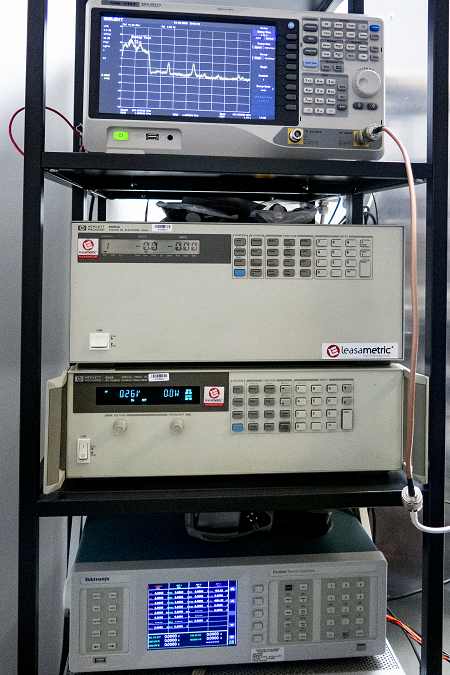 – Localization of radiant disturbance sources through near field probes up to 2GHz
– Harmonic content (up to 50th harmonic)
– Total Harmonic Distortion (THD)
– Power factor
The tests can be made in the presence of the designer, so to test in real time the improvement attempts on filters or other components.
However, it is advisable that the tests are performed independently by our technicians because times can be long and sometimes the development of custom filter inductors is required. 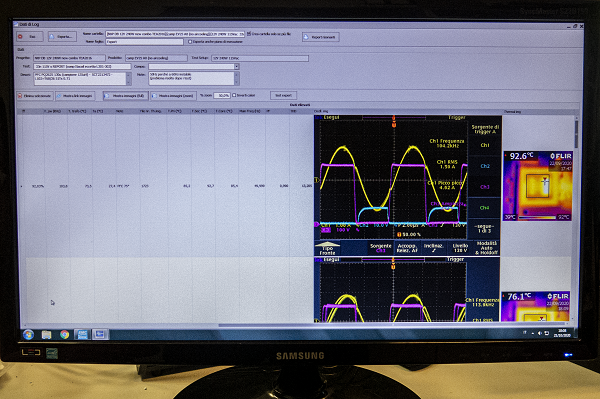 Rapid prototyping
The prototypes are produced both in our italian plant and in the asian plants, considerably reducing times.
We can create in-house special plastic parts with the aid of a high resolution 3D printer.
This greatly anticipates the tests and allows an optimal development of the mould.

Consulting services
When the staff of electronic designers is swamped or needs support in dealing with new matters, we can provide a technical advice service or carry out the complete design of resonant and flyback SMPS, with an excellent technical background and low cost.

Resin encapsulation service
The implementation of a line for encapsulating electronic circuits is an investment that is not always justified for the manufacturers of electronic equipment.
This operation can involve high risks (especially if done with the most widespread mid/low-range equipment) and requires technical experience, as well as the managment of health, ecological aspects, etc. 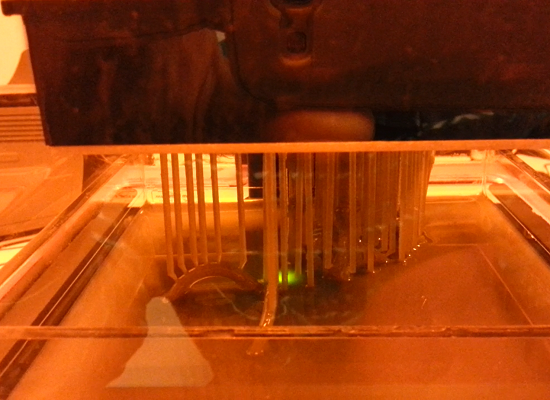 Our thirty-year experience makes us able to supply this service for third parties, with low costs (thanks to the high level of automation) and high quality, guaranteed by an ongoing monitoring of the resin mixture and of the process.

Conclusions
Carrying out part of the design process and tests at the supplier of inductive components may appear unusual.
On the contrary, the sharing of skills and investments in studies, R&D, software, instrumentation etc. along the supply chain leads to exceptionally concrete results.
For this reason, for many years now, we are guided in our investment policy by a synergistic vision, by a teamwork of which everybody takes advantage of. 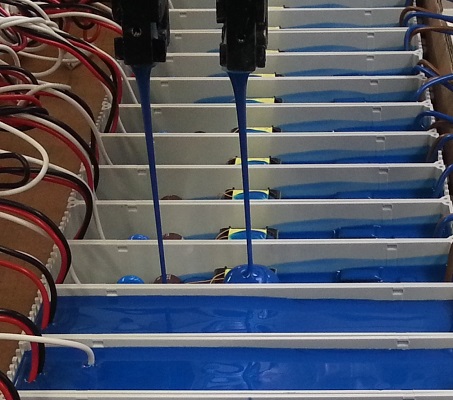